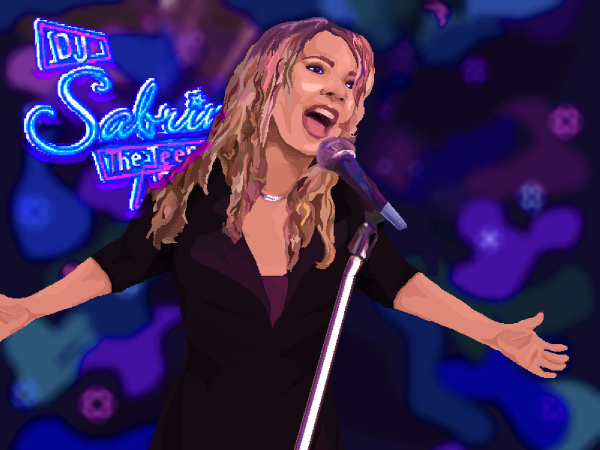 Throughout its history, electronic music has not only been fertile ground for experimentation, vanguard and dance but also the wildest eccentricity.

From the iconic futuristic Daft Punk helmets to the most unpronounceable aliases in all genres (does anyone know how to find tracks by the house DJ ####?), club music has always stepped up the game in terms of fantasy and mysticism.

Almost as if it were a child’s game, in which changing roles and characters is the norm, producers take advantage of anonimity not only to preserve themselves from public scrutiny but to introduce complex and delirious narratives. Being yourself is boring: why not assume a new persona? 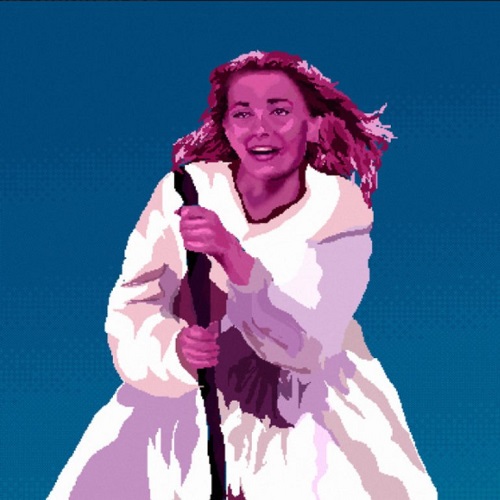 At some point in the past decade, reinventing yourself under a bizarre and original producer moniker became common currency. Perplexed at the rise of the DJ Seinfelds and Joy Orbisons in the English dance scene, one London artist decided that their mission would be to outdo them all with their alias.

Baptized DJ Sabrina the Teenage DJ, this mysterious beatmaker has been creating since 2017 irresistible house music under the illusion of being the witch of the popular sitcom that lightened up the adolescence of thousands of teenagers in the 90s.

From the covert art of their albums to the Bandcamp bio -which assures us that the witch turned DJ creates her music from “the other realm”- and the tiniest detail of the artistic production, everything is impregnated by the worldbuilding of the TV show.

Cheesy? Perhaps, but as with all good games, one must suspend disbelief and just roll with it. Especially if the result is some of the most inspired house music in recent memory.

I prefer the silly names and cover art that hide really deep, beautiful music. It creates a really strange expactation-reaction. When artsits started breaking that image, part of the charm was lost.
DJ Sabrina the Teenage DJ

Let’s get right to it: How did the amazing idea of basing your music persona around Sabrina the Teenage Witch start and what does the show mean to you?

I’ve been a very big fan since I was a kid and it was originally airing. There were a lot of names that house DJs were using at the time that looked really unsettling on club flyers and I was trying to find one that looked even worse than the worst of them, and this seemed to always win out!
Some people thought I took it from The Guardian article, but they didn’t put the DJ at the end. I actually got that idea from a YouTube comment I can’t find anymore.

Your releases mix several styles of electronic music, from the foggy sounds of outsider house to the more euphoric, cleaner side of french house. How do you balance these influences within your music?

Outsider house is a term I was unfamiliar with until people started associating me with it. A lot of my influences come from actual country-rock, TV movie stock soundtracks, indie and 90’s electronica, so I think it was an attempt to put the music I love into a four-to-the-floor setting.
The very early Roule records take influence from a lot of 70’s music, and The Avalanches have a few disco house tracks that play more like a house party or band jam, similar to a lot of Prince or Basement Jaxx work. I think all of these guys did it so well, they laid the foundation.

One thing that comes across listening to your music is your love for eclectic sampling, much in the style of artists such as The Avalanches. What’s the process of finding the perfect sample like and how do you work them within the songs?

Sometimes a sound or sentence can be inspirational, other times it can be wild-sampling (where you lose the low-end and sides and scrub around to see if something works), but a lot of the time it’s happy accidents; parts that played over the top of each other or went on longer than you thought.

The anonymity of the project has led to some wild speculation online regarding who the “real” Sabrina is. What prompted you to work as an anonymous musician? And are you surprised by the popularity you have been gaining recently?

Originally, most of the lo-fi DJs were using pseudonyms and avatars to hide their real personas. You had to look quite hard to find out who was actually behind the projects, but once many of them found success, they broke the illusion and started using their actual faces.
I much preferred the silly names and cover art with really deep, beautiful music. It created a really strange expectation-reaction and I think breaking that image removes an element of the charm. Or maybe it’s because I’m not as successful, haha!
I didn’t expect any sort of interest for the project, but I definitely had a feeling from the beginning it was something I should be trying. I had a few really motivational conversations in those first few months with some DJs who have gone onto much bigger things since.

Your project has a sort of vaporwave-ish aesthetic, both in visuals and in the source materials for many of your samples. Were you influenced by that wave?

I was definitely inspired by proto-vaporwave like Chuck Person‘s Eccojams, christtt‘s frasierwave cassette and, of course, Floral Shoppe by Macintosh Plus.
I liked the punk aspect of those early releases, in particular the use of samples from both millennium pop and soft rock. It felt different and reminds me a bit of Daft Punk‘s Homework: taking something classic and unsuspectingly pretty, focusing in on it and making it aggressive. True punk music.
The vaporwave scene was also instrumental in bringing the cassette format back to mainstream. It’s definitely the most sustainable and satisfying physical format in which us indie artists can self-release.

Your releases follow the format of long, continuous mixes with tracks that smoothly transition into each other. What’s the trick to sustaining the momentum throughout such lengths and variety in moods and sounds?

I think because the albums don’t sound long to me, haha!
When the CD format was at its most popular, a lot of albums became continuous, but with the decline of CDs and rise of playlists, it’s become a bit less popular to segue albums. Which I understand: that’s why I release a singles version of each album for people who don’t want to listen to the whole thing in order (no one-track Lovesexy‘s here!).
I loved the old mix albums artists used to release back in the 90s and they always had a blend of funk, soul, rock, hip-hop and electronic music, probably because it was all mixed on vinyl and there was good supply of earlier genres of music to use. As long as you really plan the sequencing, I think most albums can sustain themselves for long durations.
Also, the reason Makin’ Magick was so long was because I was waiting for someone in particular to release it, and they kept putting it off until eventually they disappeared and I was left with two hours of music to release myself.

Could you explain a bit what each of your albums means to you and what the experience was like in each case?

Makin’ Magick:
It felt like an important project towards the end. I spent a lot of time perfecting every aspect of every track, and I think I got a bit Kevin Shields about it, but it was definitely worth it. The whole album took about 8 solid months to make and I can remember developing the sound and trying things out for the first time, so much of it surprises me looking back.

Witchkraft:
It was made a little rebelliously. I didn’t think anyone would listen to it whatsoever so I just made exactly what I’d want to hear and I think it’s perhaps the second most consistent album from start to finish. It sounds very harsh to me and draws a lot on witch-house imagery and sound.

Spellbound:
It is really fresh to me. It was a combination of some lost tracks and has a few out-there ideas as experiments, but it’s the first album that’s completely mid-fi: not lo-fi or modern sounding but that place where you can’t quite figure out where it’s from.

Enchanted:
Probably my favourite album. I think the euphoric millennium-pop sound finally came out how I was hearing it and the flow of the album seems to work well, even with the longer length.

What new sounds and plans are you cooking up next? Have you considered doing live sets once the pandemic is over?

Got a huge amount of the next album prepared and ready for finishing. Always got new music being made, there’s just not enough hours in the day to get it all done, haha!
Live sets are something I really have no control over unfortunately. I’m never asked to play so I never need to.

Now a couple of VERY important questions. What’s the best “Sabrina” episode? And “Chilling Adventures of Sabrina”: yay or nah?

My favourite “Sabrina” episode is the Christmas one with an uncredited Nick Bakay non-voice cameo, but the three movies shouldn’t be ruled out!
The show looks nah to me, but I was rocking the Sabrina revival first – they just rode on my wave. 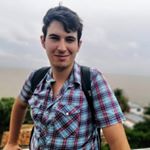